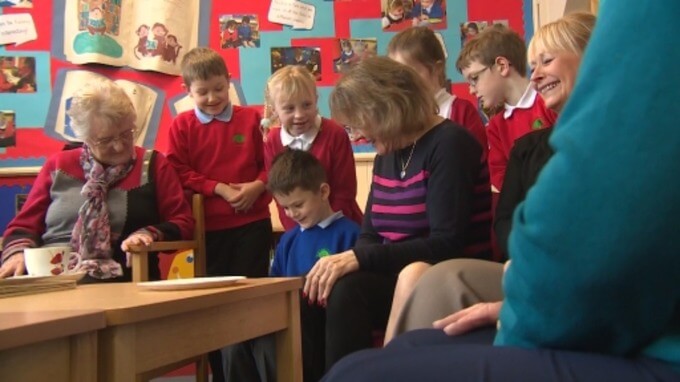 Young children are helping the elderly and vulnerable cope with loneliness in a ground-breaking initiative here in the South West.

In a nationwide first, six and seven year olds from Torpoint Nursery and Infant School call local pensioners under supervision, have a chat with them and then read them a short story or poem.

When Dame Esther Rantzen heard how the pupils were reading over the phone to the elderly in their community, she’s given the scheme her network of support.

Year Two pupils read once a week in a controlled environment bringing the generations together. Student readers Finn Clark and Olivia Burton explain how the system works.

Dame Esther set up her own Silverline phone service for the elderly who needed someone to talk to. She says this scheme at Torpoint is a great parallel.

There are some quite lonely older people and people who don’t have the benefit of conversations and contact with younger people. I hope that this concept will spread, so once people hear about it, I’m sure it will spread. Silver stories is a wonderful idea.
– Dame Esther